Posted by jjaysonn at 22:48 No comments:

Email ThisBlogThis!Share to TwitterShare to FacebookShare to Pinterest
Labels: 2014, yoyonest

Posted by jjaysonn at 22:46 No comments:

Posted by jjaysonn at 22:45 No comments:

Wei Xuan is back with another video featuring the C3YoyoDesign's Speedaholic, Level 6, and Dymension.

Video shot entirely on a iPhone 5S with the 4in1 Olloclip fisheye lens.
WeiXuan will be competing in the upcoming Asia Pacific Yoyo Championship, do catch up with him.
Posted by jjaysonn at 21:47 No comments:

Posted by jjaysonn at 13:42 No comments:

Email ThisBlogThis!Share to TwitterShare to FacebookShare to Pinterest
Labels: zammy

Shu Takada shared this, I watched it and thought I'll share it here too!
Posted by jjaysonn at 23:01 No comments:

Email ThisBlogThis!Share to TwitterShare to FacebookShare to Pinterest
Labels: 2a, akira

So I saw Tyler Hsieh posted some yoyos he made in the B/S/T yoyo group in Facebook, and was thinking of asking him more about it to see if I could post anything useful for those who may be interested in getting one. Here's the whole conversation we had.

Also, here are some pictures of the Pulsefire. 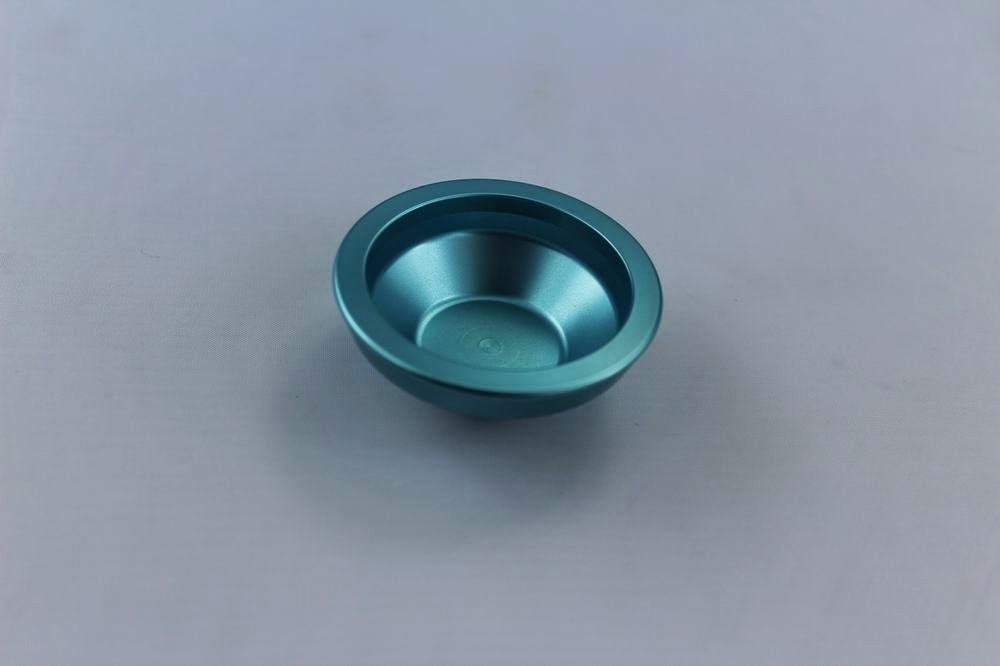 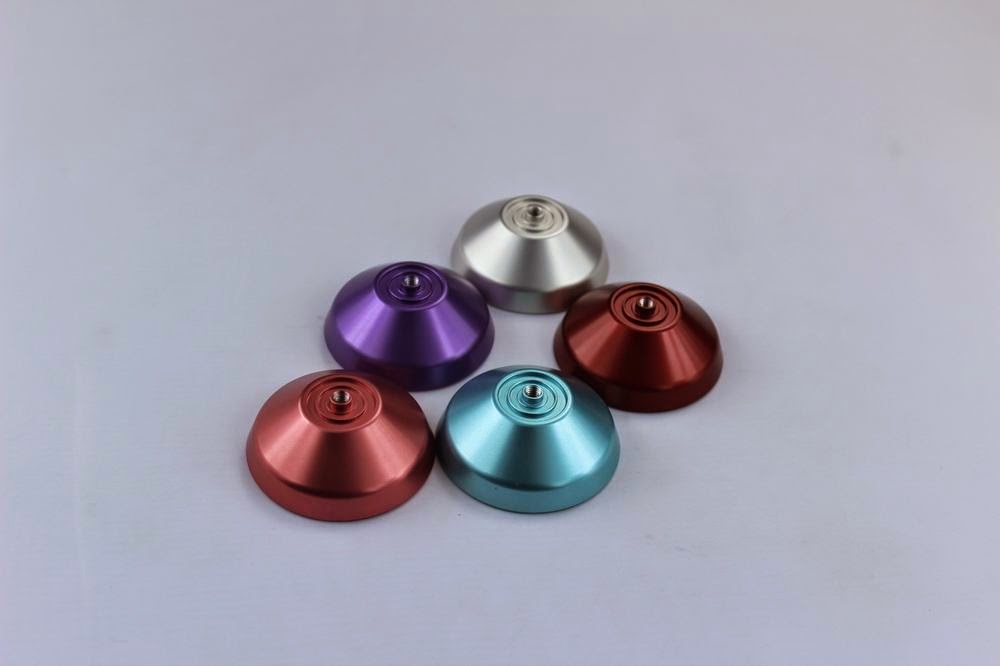 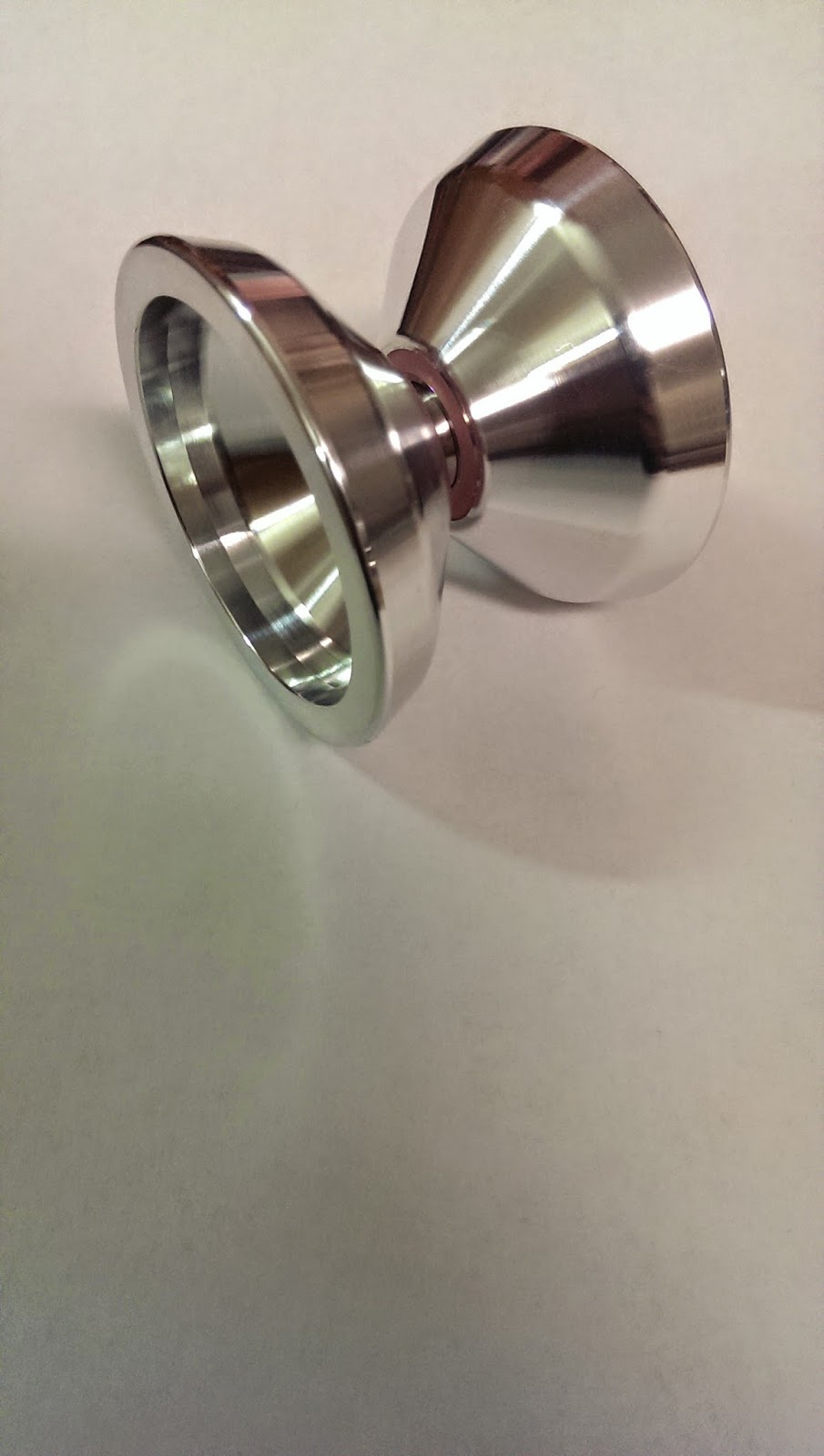 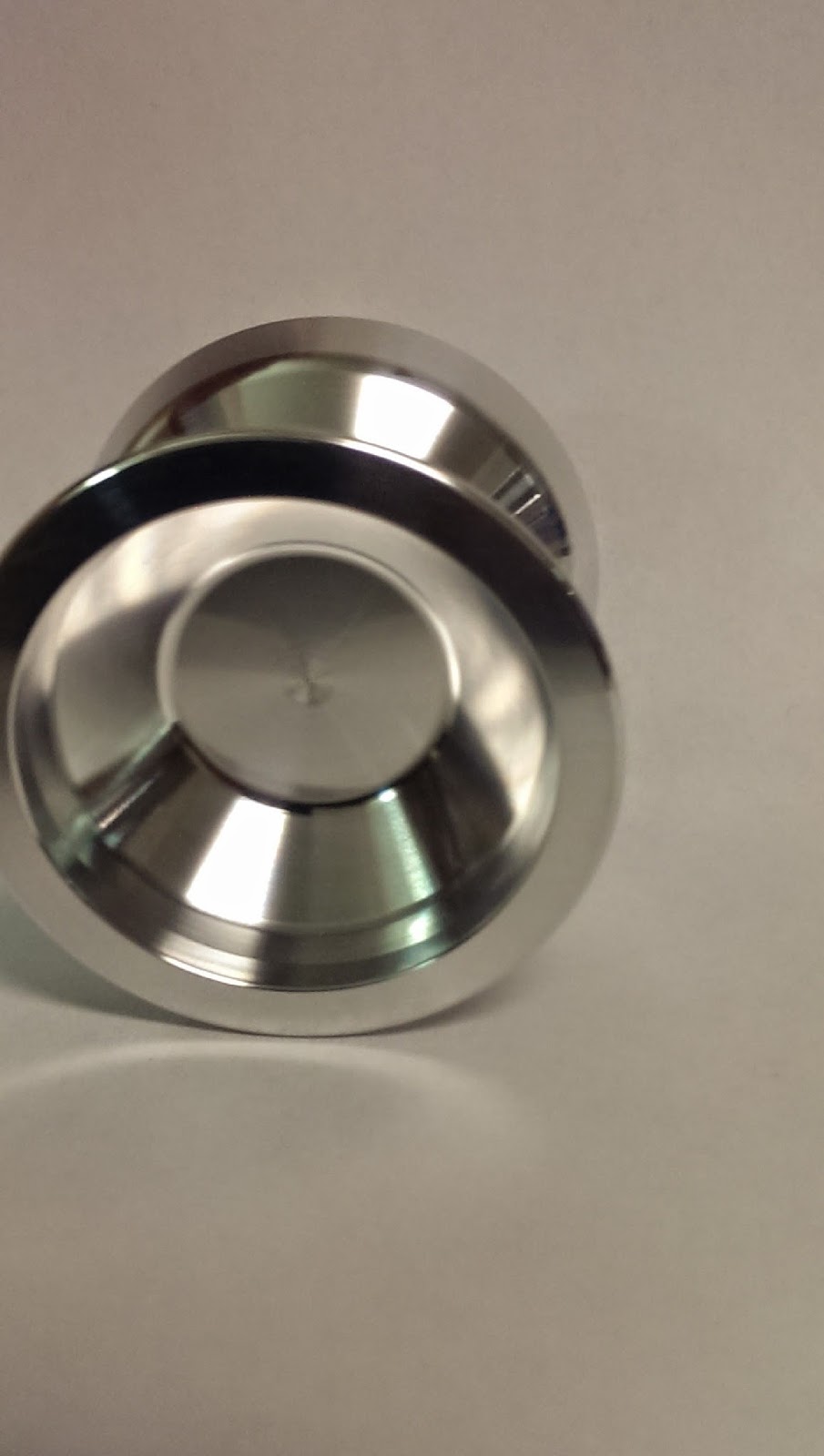 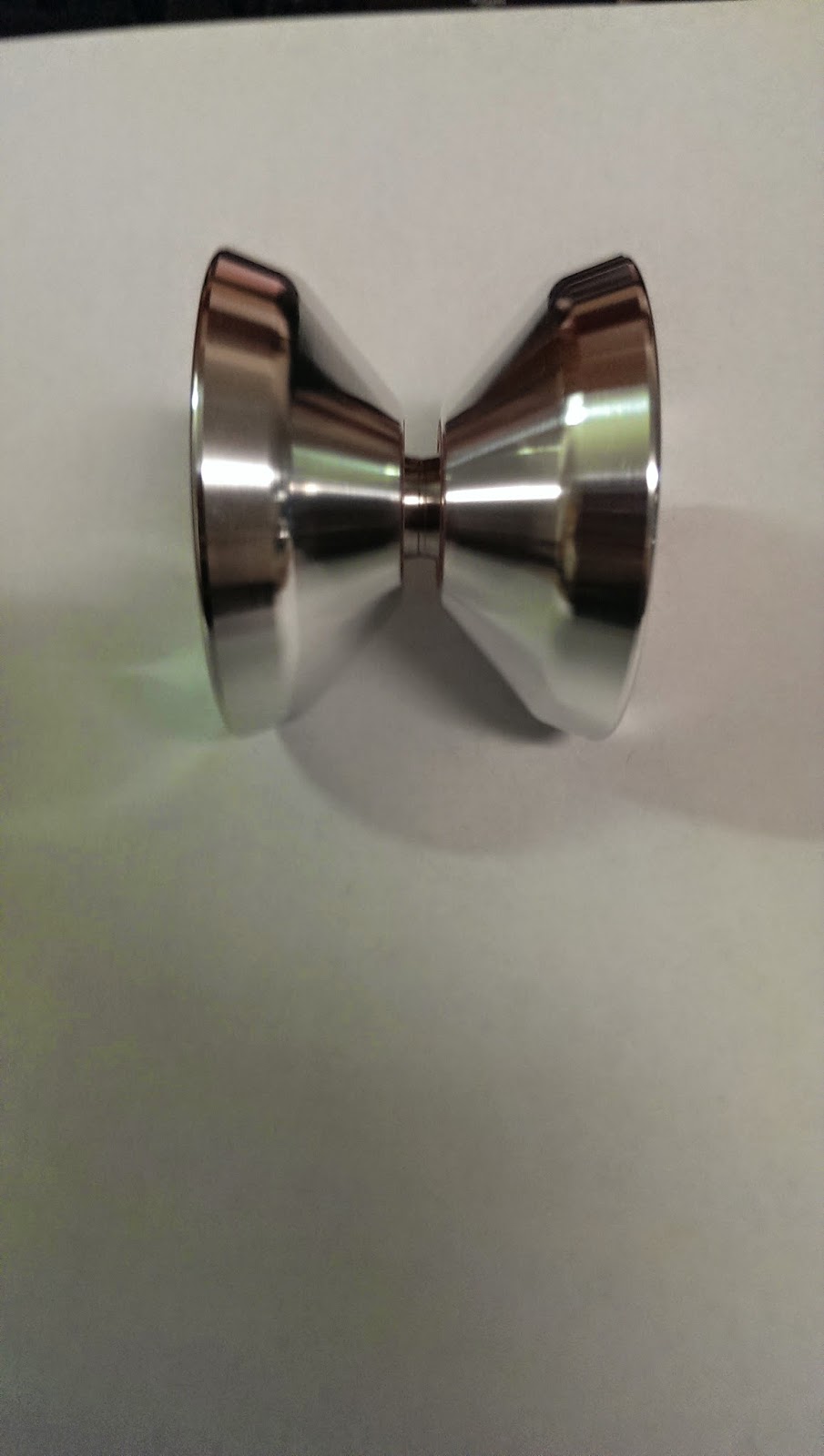 For more info & to purchase one, visit the Pulsefire site, or hook up with Tyler Hsieh on Facebook.
Posted by jjaysonn at 14:52 No comments:

Posted by jjaysonn at 12:24 No comments:

Posted by jjaysonn at 12:20 No comments:

Posted by jjaysonn at 19:45 No comments: 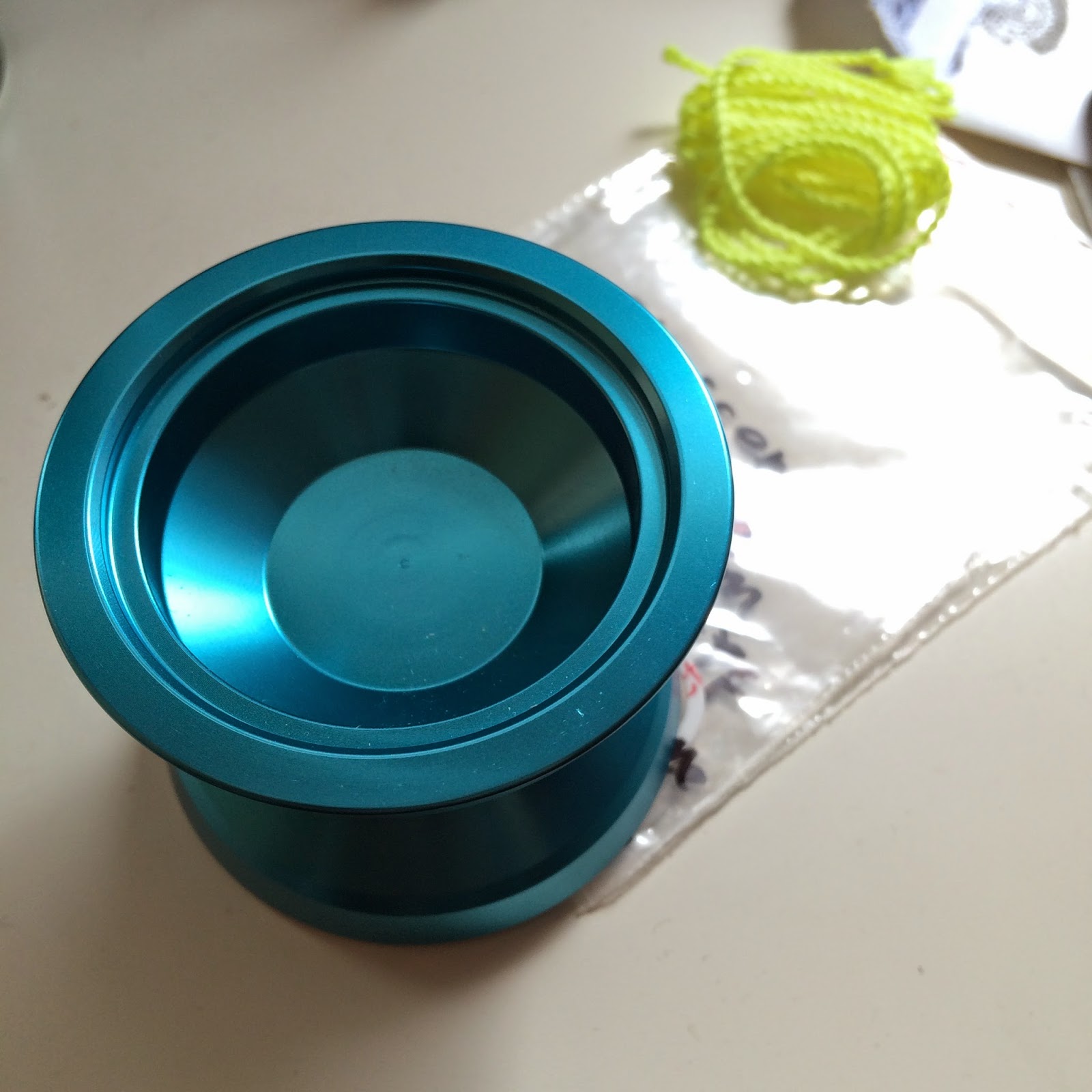 First of all, pardon the dirty background of the photo, I don't have a proper box to take a nice picture of for a very long time, I haven't been receiving any testers since I became busy and inactive, I'm grateful to those who still send me and who still give me news. Lately if any of you still visits this blog, you'll see it's been updated a little bit more often than usual. That's because I've got some time on my hands for a short period of time, but it won't be for long though.

So this yoyo is from Taiwan, from the maker that produced the weight rings for the Adegle PSG，LORI, now they're making yoyos under a different name, Crescent. Click here to check out the weight rings they did, I posted about it when I was still blogging else where. 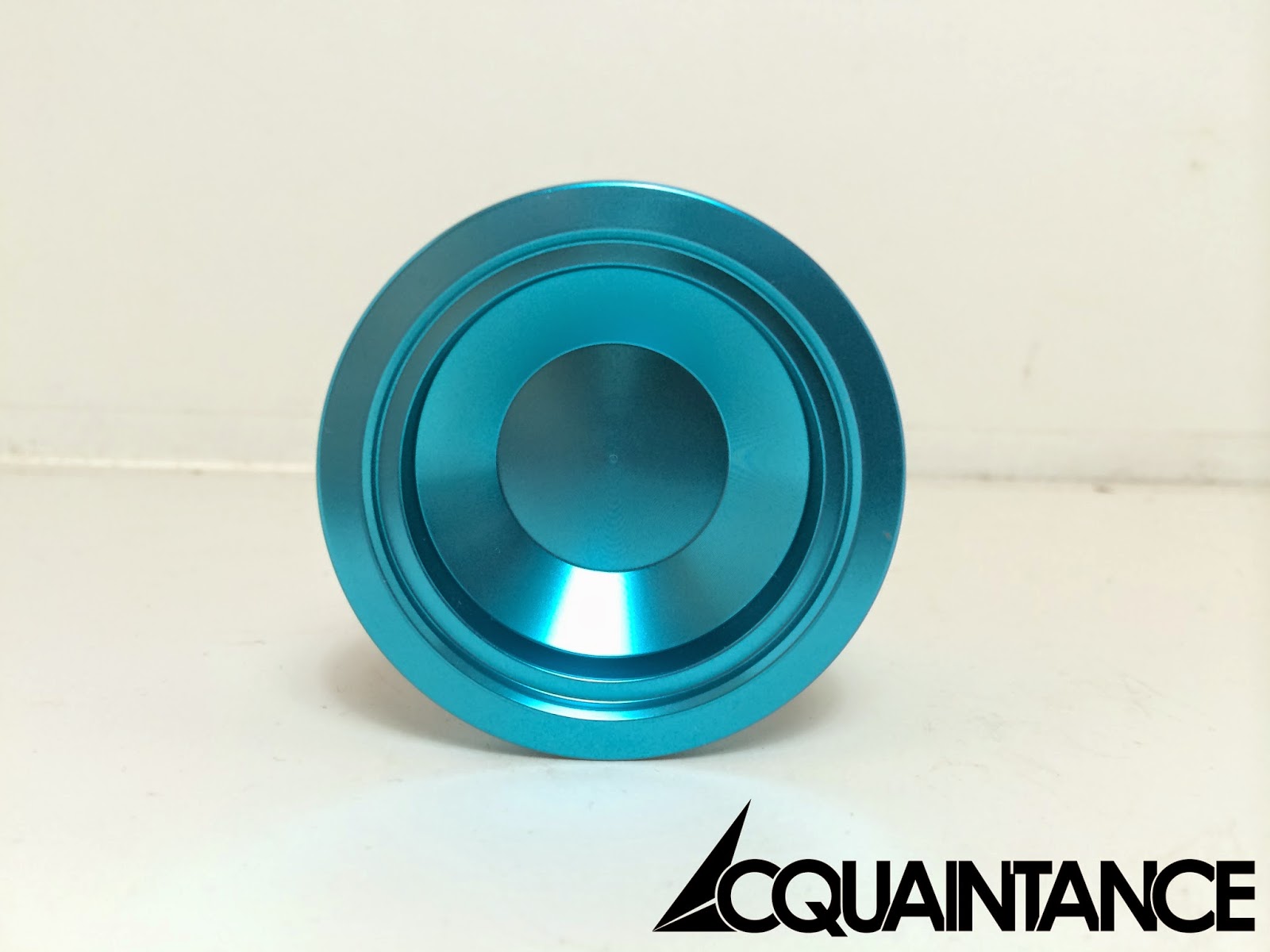 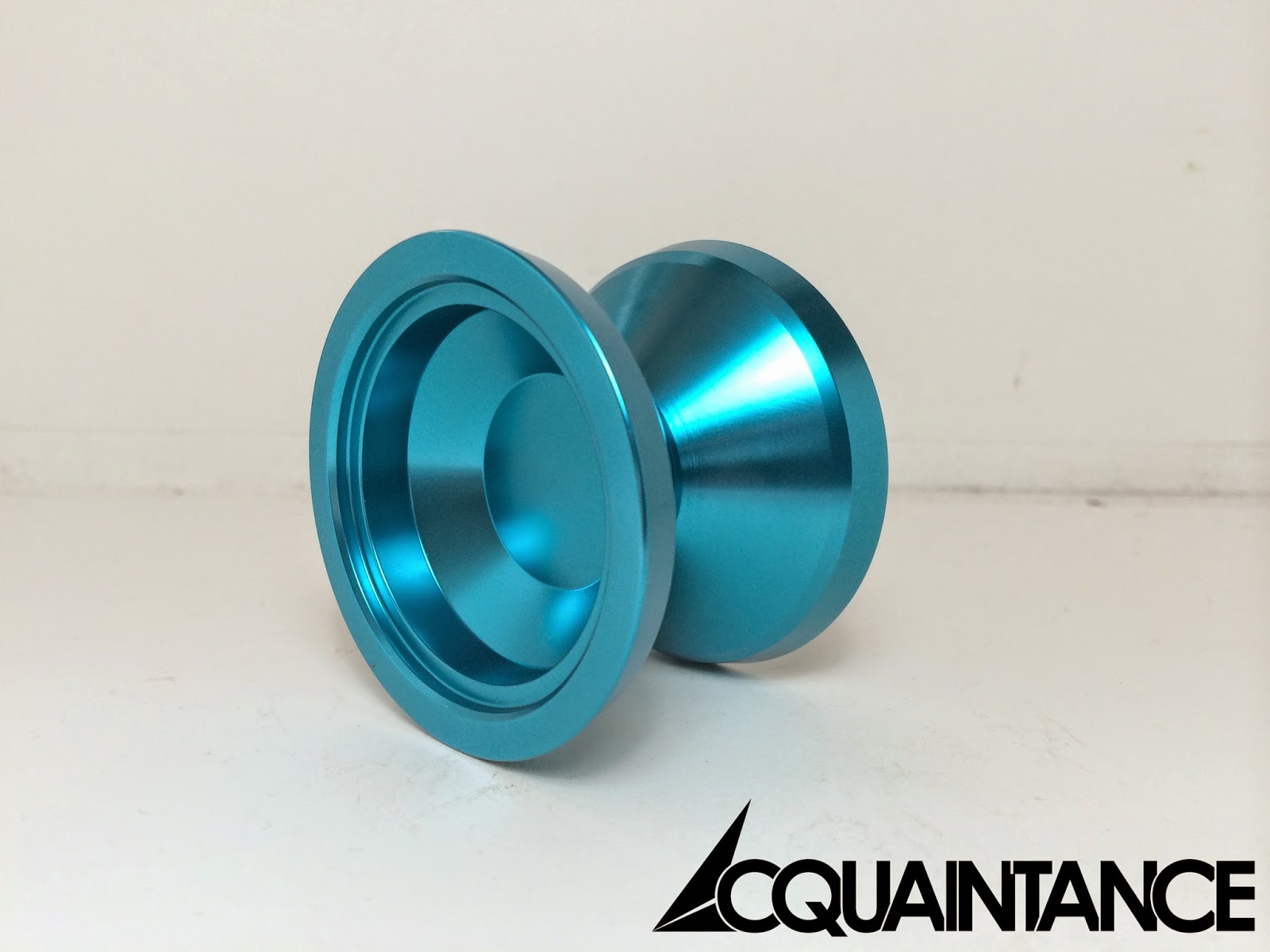 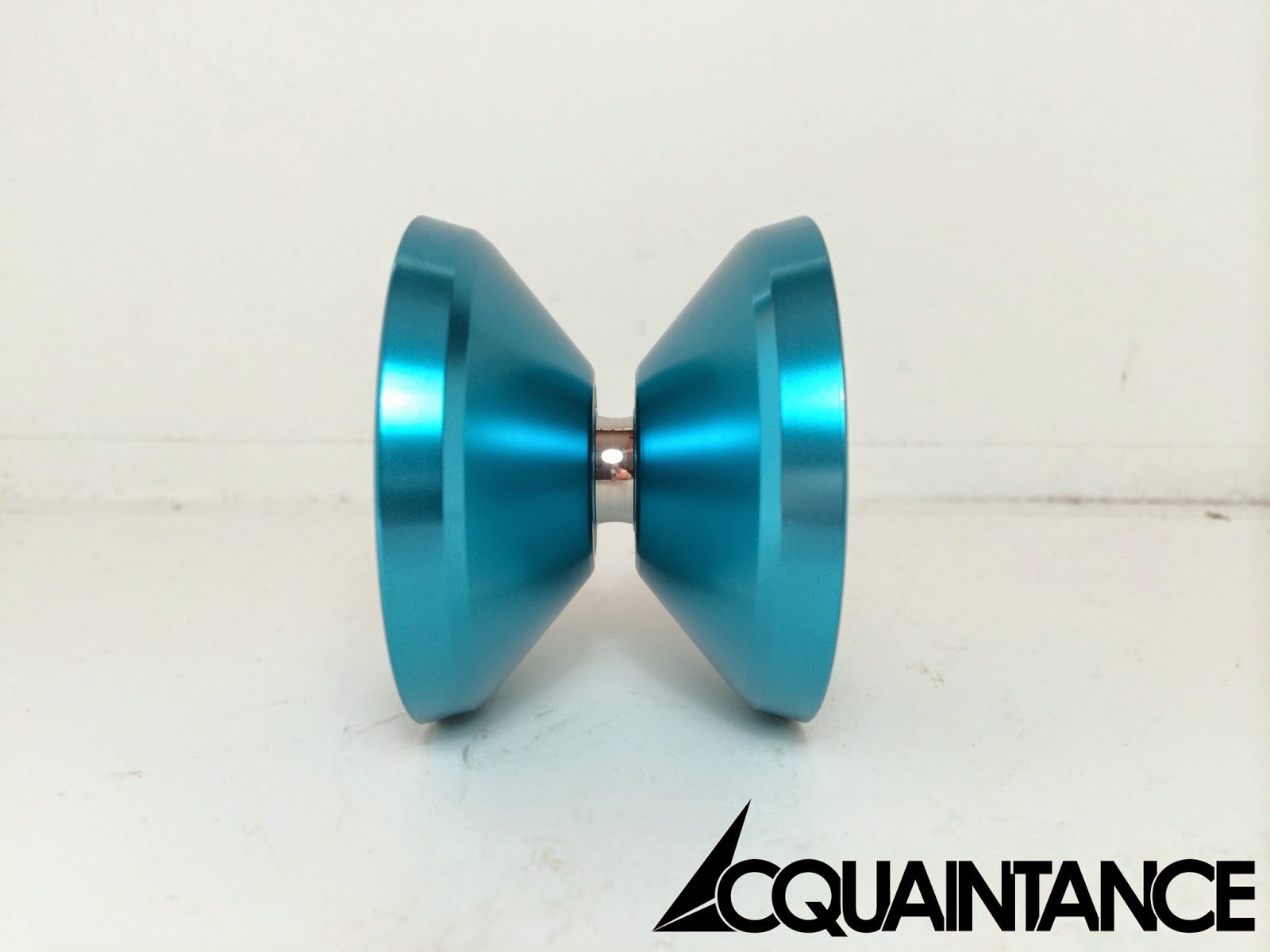 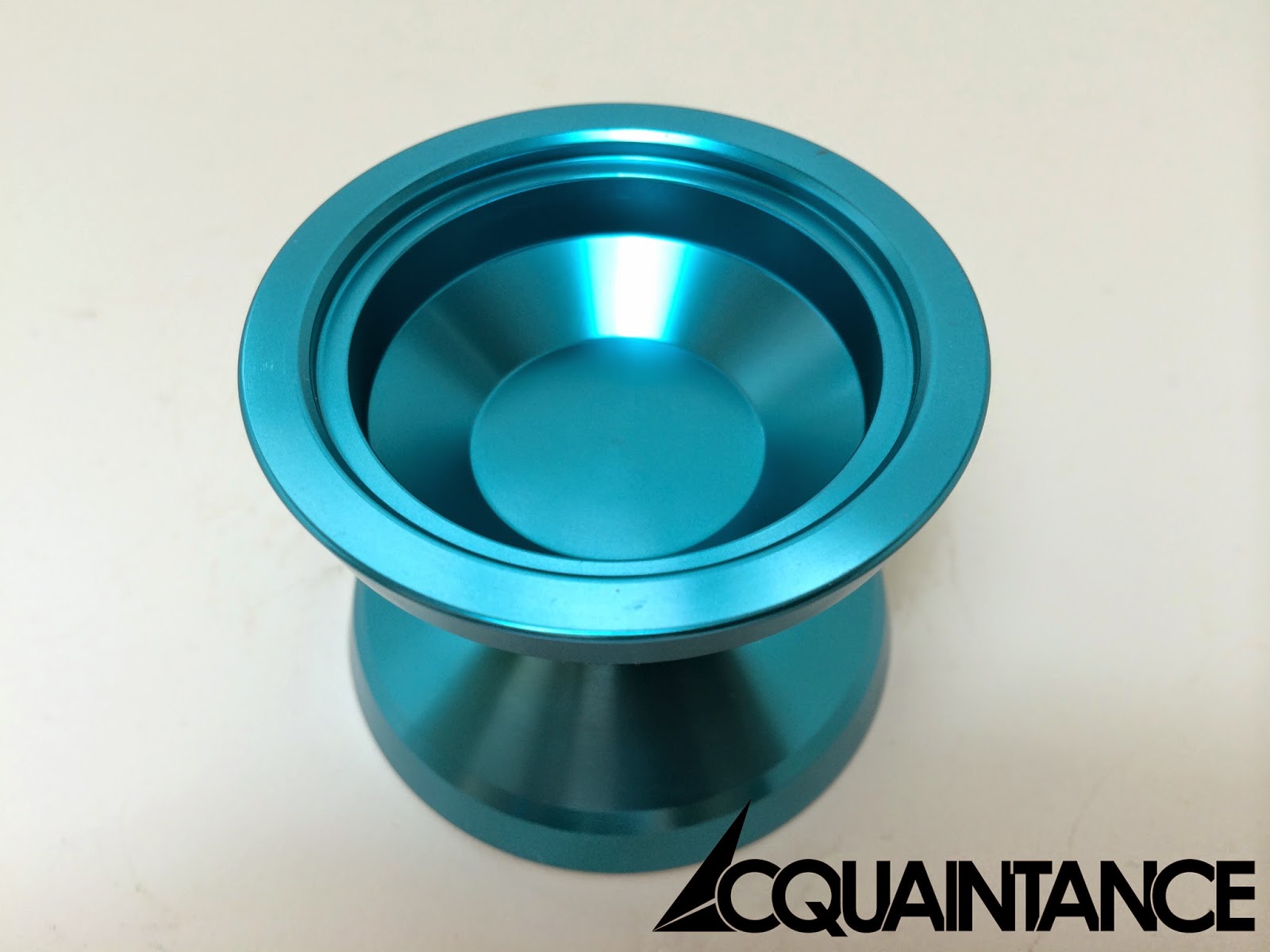 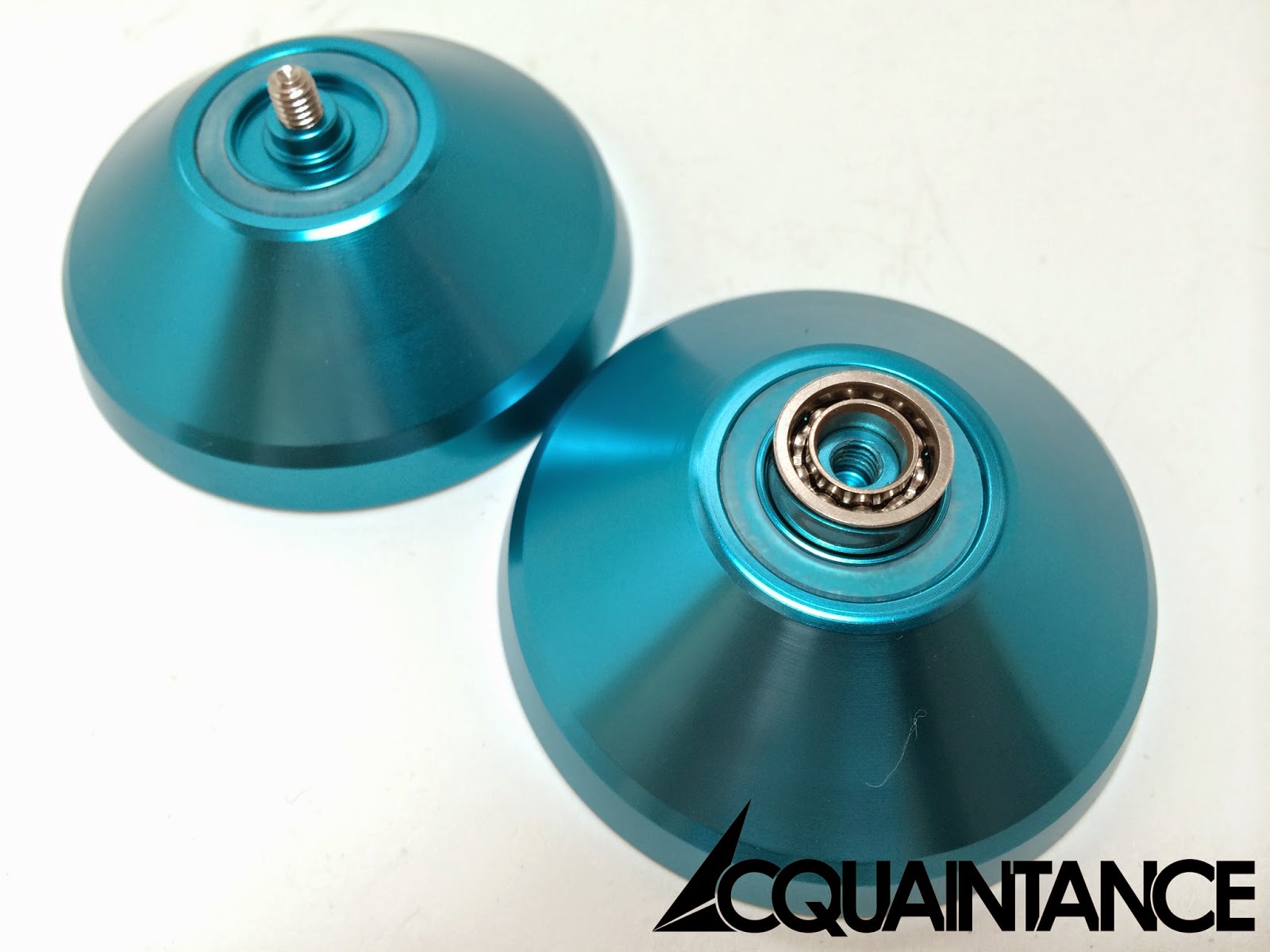 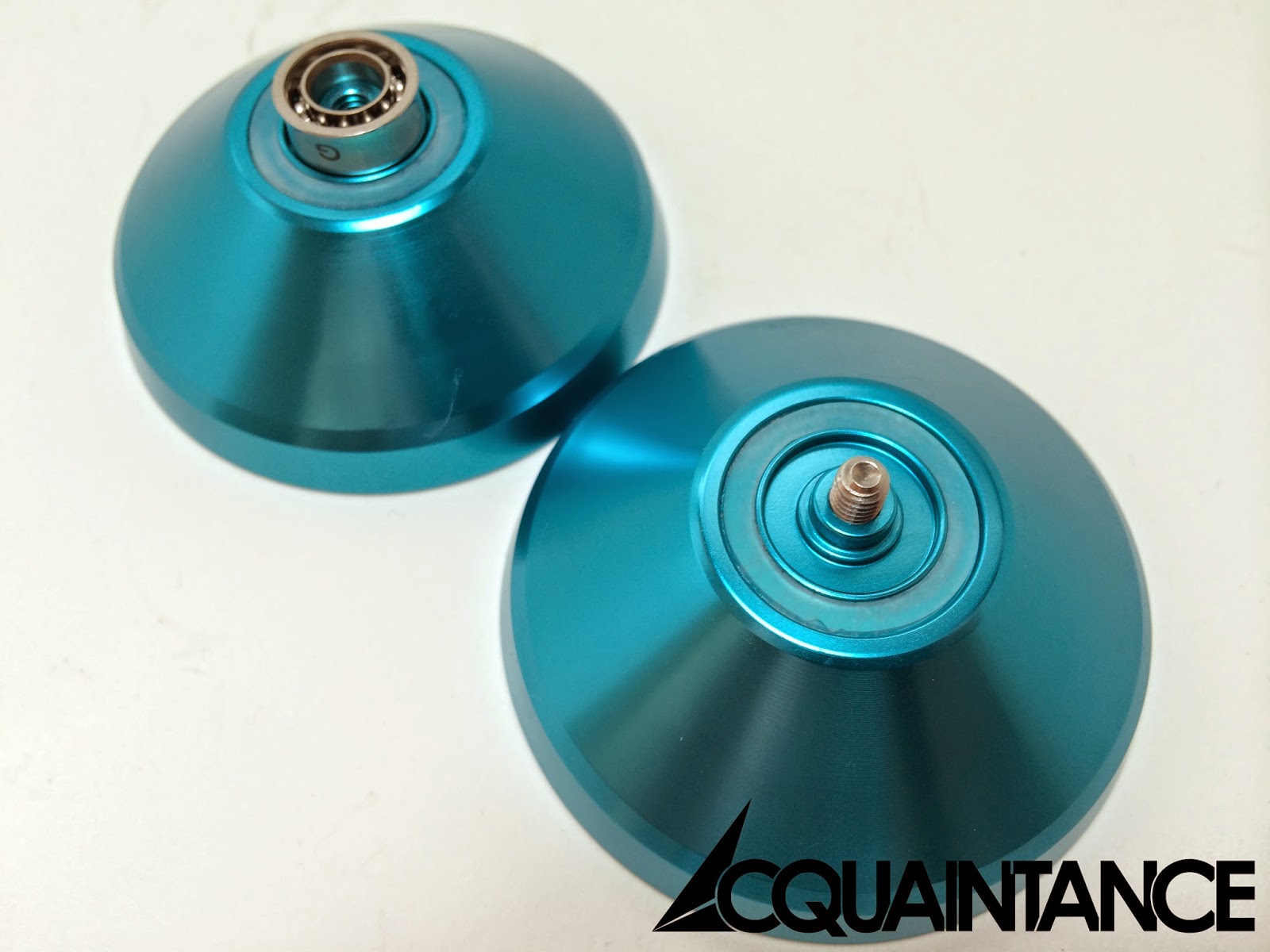 I received the yoyo along with extra pairs of response pads, one 1.00mm thickness, the other 1.15mm thickness, the one that came with it was 1.00mm.
It also comes with a KK bearing, it's not from Dif-e-Yo though, but I was told it's gonna be replace with a different KK in their next release, a better one as they would put it.

Now, I'm not one who is good at sustaining a long spin while doing combos, but this yoyo can easily sustain very long in my playing. I'm not exactly a fan of the sharp edge but to my surprise it was still comfortable in the palm. Kai Cheng told me he knows the issue about having sharp edges but he insisted on it because this is his first yoyo and he wants it his way, but it'll be improved further in the next release, which I think would probably be under a different name, released as a different yoyo.

I won't lie, when I saw the sharp edge I was a little turned off, but when I put on a string and play it I'm surprised, it's not what I thought it would be. Stocked, it's really really smooth, very long spinning like I mentioned earlier, no wobble, no vibes, I really enjoyed playing it, finger spins are possible too. I still suck at horizontal, but I'm sure it can handle that pretty well too, I'm assuming that by looking at the shape okay, that's me.

I've yet to replace any pads, I'm not sure how the 1.15mm pads would feel on the yoyo, but 1.00mm gives pretty tight binds, I suppose the 1.15mm will give you even tighter or slightly snaggy feeling? maybe not if I just replace one side. I'll update if I eventually play long enough to change it, and if I actually remember and have time to update the blog again. I'm not sure if there'll be a promo video like how I used to do for other yoyos, time and players are limited, but I'll try to work something out. Share your opinion of this yoyo in the comment section if you've tried one before, try the yoyo if you want to when you see me. I'm already looking forward to see the next release.

Posted by jjaysonn at 23:48 No comments:

Posted by jjaysonn at 23:02 No comments:

Graeme and I used to talk a little bit on facebook when I was still blogging at SY.
He seems like a very nice person, all about fun and passion if my impression of him.
And then we kind of stop talking as much when I stop blogging at SY and him busy with his own stuff, but glad to see him back and active and having his own signature yoyo.
Posted by jjaysonn at 11:57 No comments:

After 3 years, Lim Aik Hwee has come back and release a video with Acquaintance!
Featuring the new Skyhawk from Duncan Toys!
Posted by jjaysonn at 10:57 No comments:

If you've followed my blogging from Singapore Yoing, you probably know that Yoyo Acquaintance started out as a platform to promote a group of players from outside of Singapore that I wanted to promote, but it didn't work out, I left SY, and kinda decided to continue blogging in my free time under the Yoyo Acquaintance name. I've since kind of re-pick the players as rep to promo for Yoyo Acq, and they've always been local because there's not much I could do for the foreign players. But I was still looking around. Now there's an addition to the reps from outside of Singapore, not too far away. 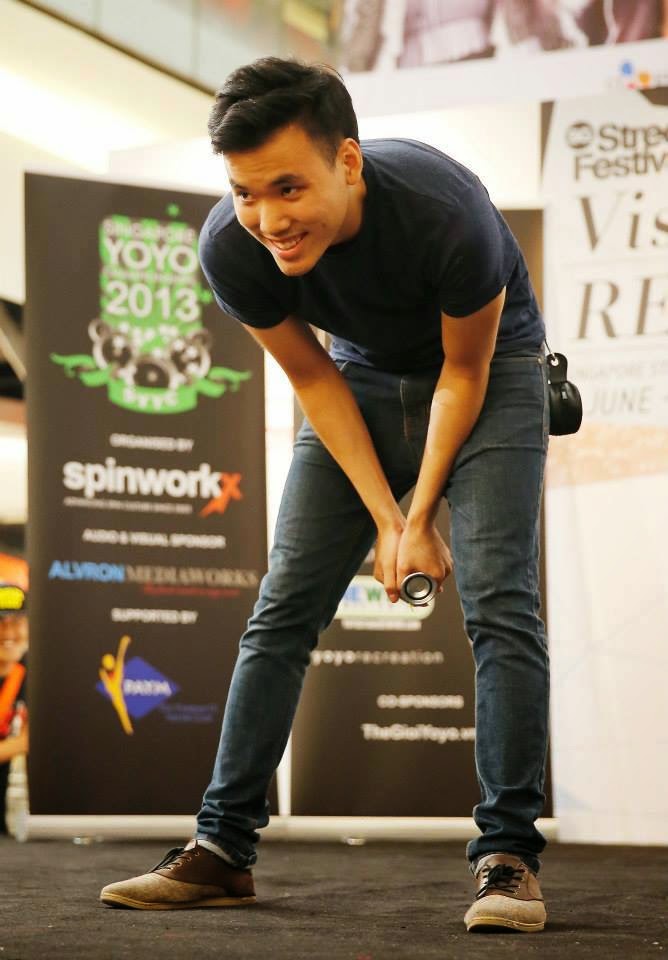 I have no idea who took this photo so credits to whoever took it.
I've been watching Jim for a while and been wanting to ask him if he's interested to be part of the Acquaintance. And I finally did. I ain't sure what I can do for him but at least you guys can check out his freestyles for now and expect more from him.


Jim is in my opinion one of the best from Malaysia, I'm not gonna sugar-coat my words, his freestyles are in fact some times messy, but somehow I like his trick presentation and stuff. He may not have win any major contest yet but I feel that his time will come. You can also visit the reps page to see his past and future top 3 placing freestyles.
Posted by jjaysonn at 14:13 1 comment:

Posted by jjaysonn at 10:12 No comments:

Email ThisBlogThis!Share to TwitterShare to FacebookShare to Pinterest
Labels: 2a, shunsuke kawakami

Posted by jjaysonn at 00:42 No comments: 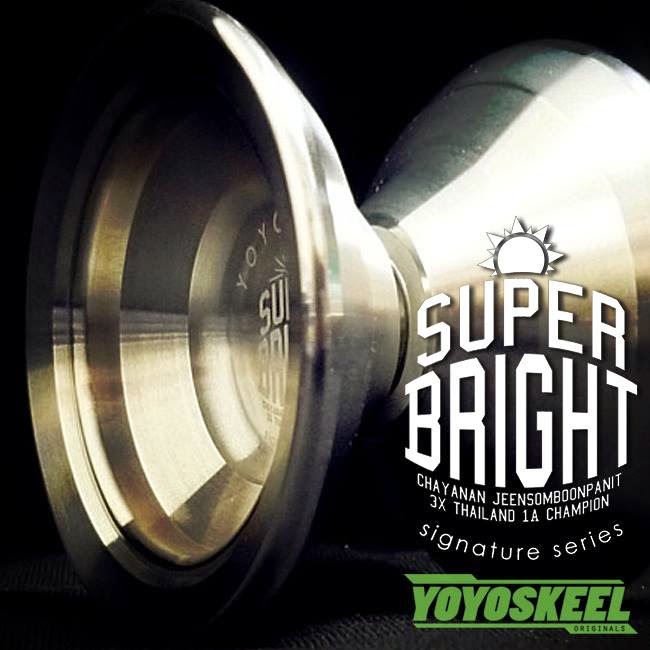 Looking at the picture, I'm guessing this may be the yoyo I've been waiting for YoYoSkeel to produce. I personally would have like the Stalker 2 more if not for the step on the wall area, really enjoy playing with the Stalker 2 but the step really bugs me, even talked to Shakeel about it quite often. I look forward to trying out the Super Bright since it's based on the Stalker 2.
Posted by jjaysonn at 00:41 No comments:

Posted by jjaysonn at 02:04 No comments: