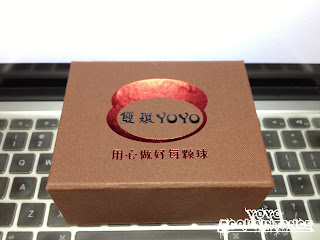 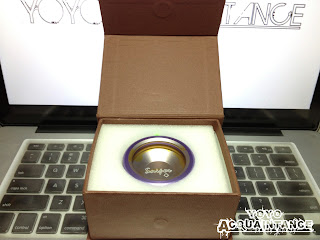 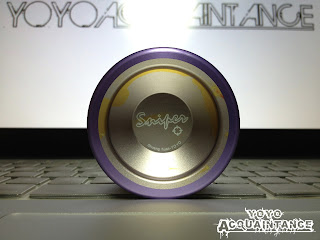 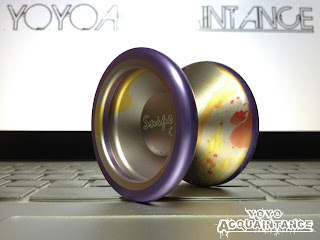 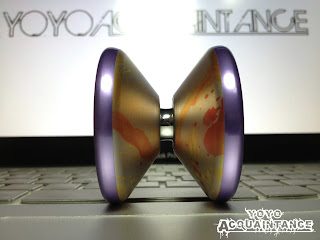 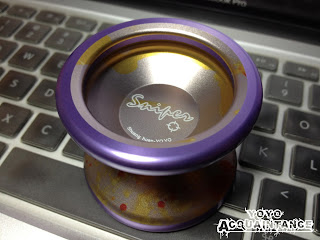 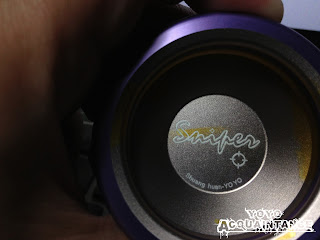 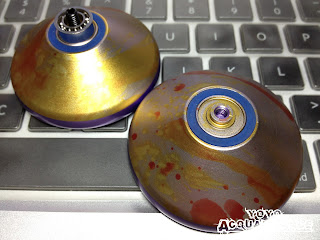 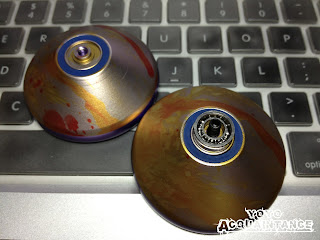 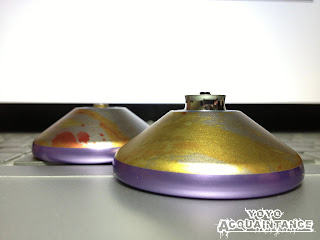 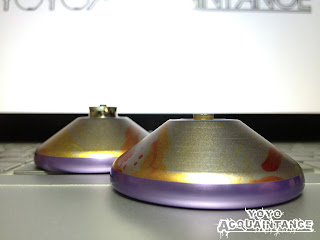 My first impression when I saw this is, it looks like the C3YoyoDesign Darkstar, which is one of my favorite yoyos. However It does not play like one.

I don't have the specs for it, but it feels a little bit over size, like a slightly bigger Darkstar, when you hold it in the hand. Feels maybe like a 67-68g yoyo, it didn't felt like it when you hold it, but kind of feel so when you start playing. The bearing seat aren't too tight, you can take apart easily, and also the bearing can be removed easily.
First of all, I would like to say I kind of like this yoyo, but like I say, I have a different liking to yoyos compare to most. The Sniper has a pretty wide catch zone, from the way it's design and the way it feels during play, I would say the weight's made to be distributed to the outside. I think it feels a little floaty, which is probably why I like it, it does not feels very solid. On a string hold test, it does have that wee bit slight roughness, finger test however, feels fine, could be just me. The grinds weren't great, normal I would say. Horizontal like always, I'm not sure man, apologies on that, my horizontal suck. However, the Sniper's got this IRG-ish lip thing on the inner rim, that may be possible to do IRG stuffs though, but I failed to do so. Once again, I would say it feels like an oversized Darkstar in the hand, but does not play like one at all. Like most yoyos I've tried, it handles stuff I threw at it, actually, which yoyos nowadays don't? probably just a matter of whether you like how it felt when doing the tricks. I would say I'm comfortable with it, I would compete with it. But it's always better to try it out yourself, maybe if this yoyo is released under a different brand name, it would have gotten better impressions by other players.
Posted by jjaysonn at 22:51