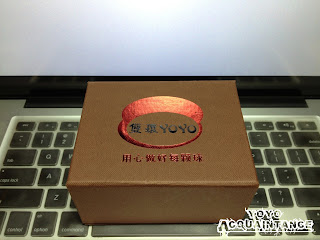 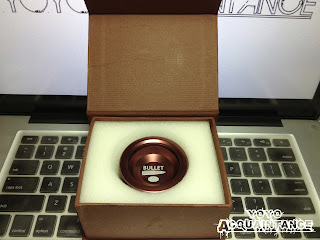 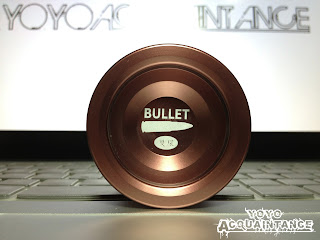 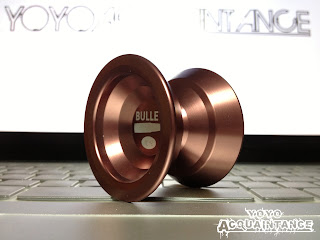 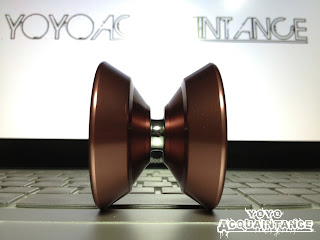 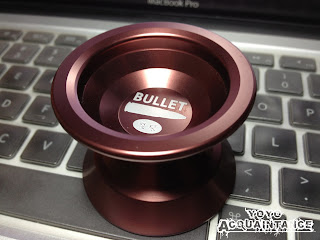 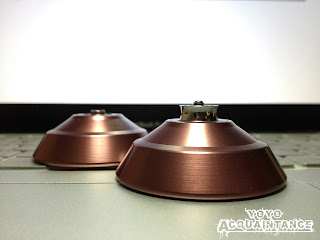 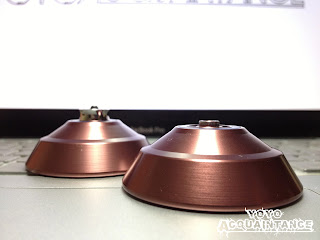 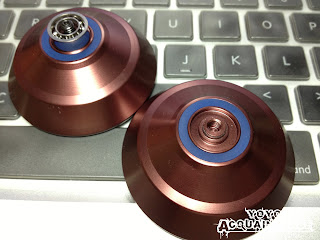 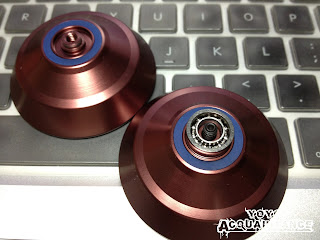 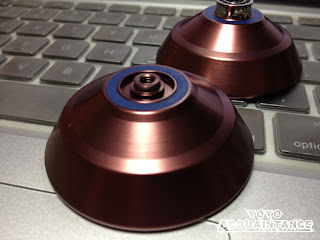 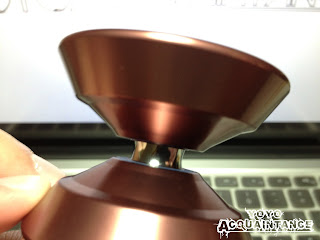 No specs for this yoyo either. The first few times I tried to take this yoyo apart, I was having problems, it was very tight, and now when I take them apart it's easier now, but putting them back wasn't smooth, it felt rough. First thing first, I would say this yoyo feels really solid, feels rim weighted, and it's slightly undersized in the hand. I remember the first time I threw the Bullet, it had a pretty smooth spins, but now on a string hold test, it vibes a little, I can't give a grade of how much it vibes because it's subjective. On a finger test, you feel that vibe too. Now it vibes a wee bit, but it's stable and solid all the same, really.

The shape of this design just doesn't appeal me, it's a little H-profile, I kind of dig H-profile shaped yoyos, but this one's kind of turn off for me, it's feels pretty edgy in the hand, not sure about you guys, but I don't like how it feels in the hand, it just doesn't feel like the regular H-profiled yoyos I've got. Playing wise, I would still say, it's solid, and pretty stable, but not as smooth due to the viby feel after the few take aparts that cause it, I presume. It's still pretty fast on the string, handles combos and tricks, long spins. The little vibe aside, this is probably the first time I mention this, this is really not my kind of yoyo, not that it's bad, it's just not to my liking, but it's subjective, I don't dig yoyos that feels edgy in the hand, and I don't dig really solid feeling yoyos, I prefer floaty ones. Check out the video to see what the yoyo is capable of, it's not bad, just not something I would like.