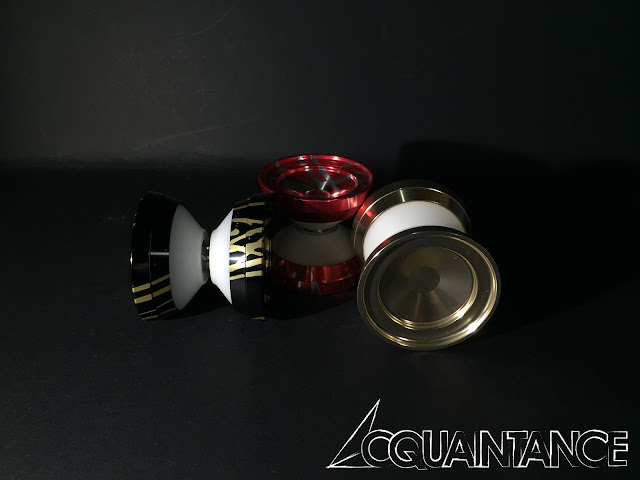 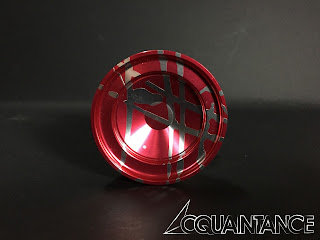 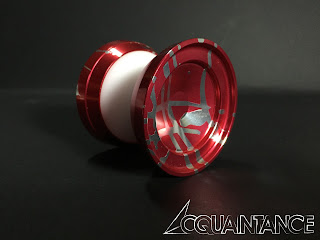 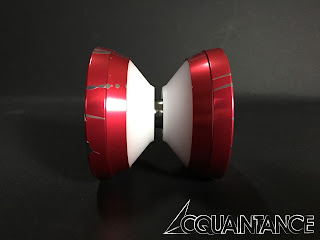 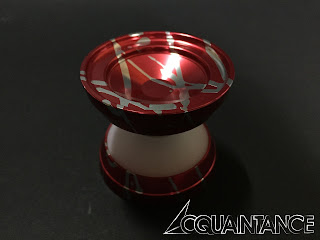 Before I move on to describe my experience with this yoyo, let me share how this thing works. Take a close look at the pictures below, or watch the video below them. 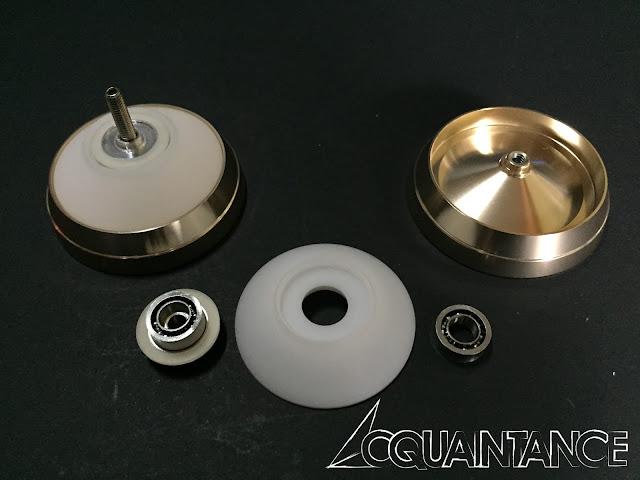 So first off, the Kuyostar is nothing like the Synergy from YoYoJam, or the Photo Spirit from the Blazing Teens, where both of those yo-yos have independent spinning caps that you can hold on to while the yo-yo spins. BUT, it is, in fact, an improved version of the Kuyostar from King Yo Star. No, KYS did not collab with AceYo as far as I know, but AceYo have gotten the rights from Chen Jia Lin, the creator of this the Kuyostar, to produce these supposedly improved version.

Kuyostar have this thing they address as a V5 catch zone, which means you can hold on to the yoyo by it's catch zone area while it spins. The idea of this is to supposedly reduce friction string and the yoyo body, and of course, aside from that, to create a new experience.

So how does this work? Look at the picture above, parts taken apart. The white piece is the V5 piece, and the gold piece is the main body/rim/hub piece, which has a bearing seat on the inside of the body which you can actually see from the photo. The spacer on the left side is pretty much like a SPR system, or the dual sided spacer from C3YoyoDesign's Sceptre, because this spacer too, have bearing seat on both sides of the spacer, except that only one side has response and is meant for the string play. 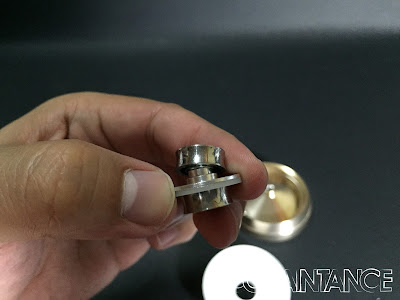 You can see from the above photo of the spacer, and the bearing main bearing seat. The bearing seat on the bottom side is meant for the V5 piece, which you can see in the photo below, with no response. 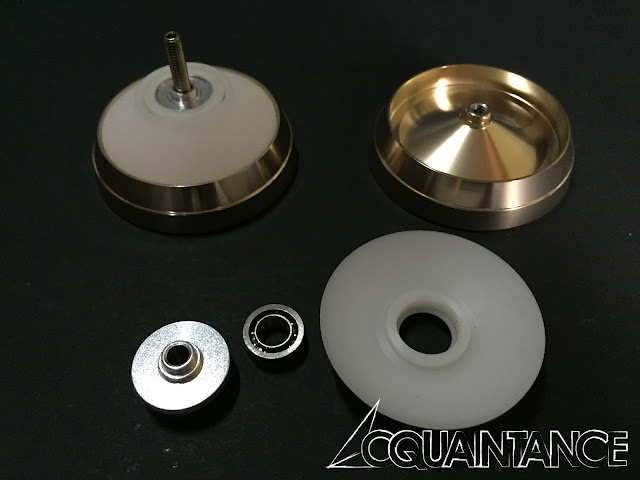 And the photo below shows how the bearing is holding the V5 piece, the Kuyostar given to me have concave bearings used in the V5 system, but I think some will come with flat bearings as I'm told. 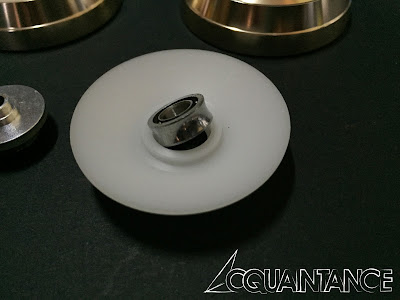 And so, this is how the V5 catch zone works.

So moving on to my experience with it. I had quite a bit of fun with it, even though I still couldn't generate any good stuff utilizing the V5 catch zone. I only have trouble quick starting it every time i have to wind it up because of the V5 catch zone. What I'll do is holding the yoyo by the V5, and spin the main body real hard, and just bind it back. Before I move on, here's the specs:
width: 48mm
diatemer: 54mm
weight: 73g

So the width is a little wider than the regular yo-yos, but I guess it's because of how the Kuyostar is being constructed together. Now it does feel heavy on string play but it's still manageable in my opinion, by that I mean it doesn't tire my hands out actually, I still can enjoy the play for a pretty long time. And it does not vibe, even on a string hold. I was given 3 of this, so far I've played with 2, and they both don't vibe, but I am not sure of its durability yet because I've not ding it yet. It spins long, like any yo-yo of today, and I actually am not 100% sure if the friction thing helps, but yea, string slips off the V5 zone and it doesn't really slow down the spins or decrease the spin time so far, so I guess it works. I attempted finger spin on the hub, but failed. I attempted because the hub area looks like it's being made for that, but the depth is kind of shallow though, if anyone manage to do it, maybe share it in the comment section?

Overall, I can't really compare it to most other regular yo-yos, because this is like a... multi piece constructed yo-yo, and I haven't tried the Kuyostar from KYS too. But that being said, its stability is good, although it does vibe/wobble on a bad throw, but it's easily fixed by just stabilizing it with the finger. Regular plays are fun, safe for competing use, can't comment much on the V5 catch zone possibility because I really couldn't come up with any new stuff with it, but I look forward to people creating stuff with it. Is there anything I'm missing out that you want to know about it? maybe drop me a message on facebook or something.

For now, the AceYo Kuyostar isn't available anywhere else except through Guo Pin, the owner of AceYo. You can contact him through his email at 1058916152@qq.com, the AceYo Kuyostar is going for about 48.99USD exclusive of shipping. What I was given are the regular editions, Special edition with glow in the dark V5 catch zone are also available at about 52.99USD. He can interact in English so you can contact him with ease.

For those who wants to try out the Kuyostar, you can let me know and I can bring it along when I head to meetings. For those who happen to own this yo-yo and have a different opinion, do share it in the comment section.