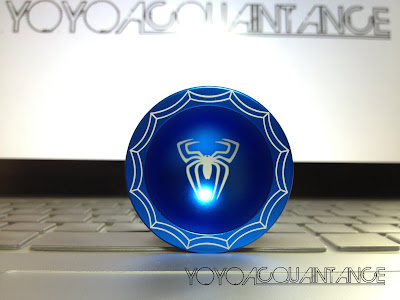 I've gotten this yoyo very long ago, but haven't got around filming a video for it, thus no opinion was given to it. But here it is, video first, then to the photos. 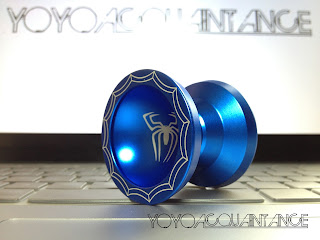 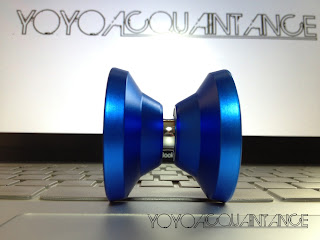 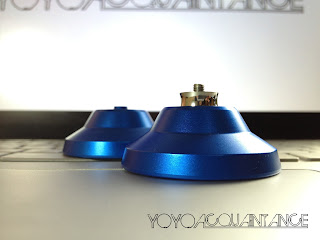 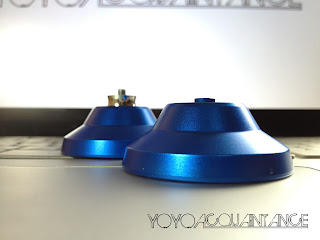 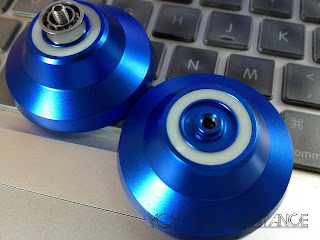 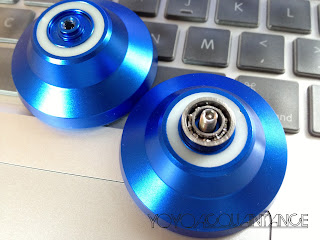 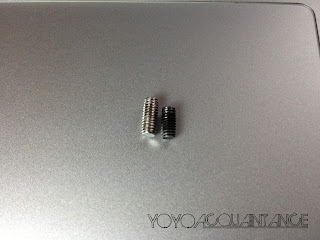 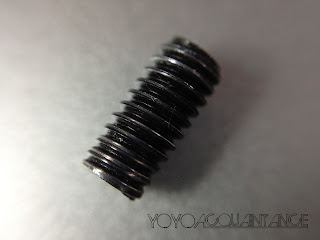 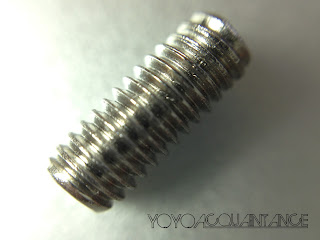 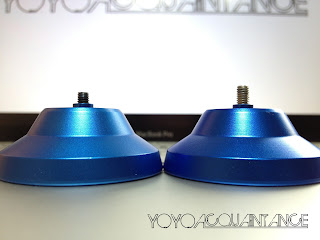 So the Spider Man is not a new yo-yo, it's produced before Vong Kin Ian got sponsored by YYF, it was mainly only available through various places of China. It's a undersized yoyo with a H shape, pretty edgy H shape from its time. I forgot if this was release under King Yo Star, but KYS later produced a Spider Man version 2, I'm not gonna have any input on that because I didn't get to try one.

So... I shall talk about the axle first as I think it's one of the important factor.
Over here, what I've received was a yoyo with axle problem, that's the black axle, it doesn't keep your halves together, note that it's not axle strip, it was something about slightly smaller diameter and shorter length that caused the problem, BUT it'll eventually cause the axle to strip after a few taking apart and putting back. It seems that Steven made a mistake about the axle, which he then later send me new ones, which is the silver one, those fit snugly without any stripping problem. If any of you who by any chance have bought this, and it came with the black axle, you can contact Steven and he'll most probably send you the new ones, BUT, it might or might not deteriorate the playing. I was given 2 of this yoyo at two different time, first time with the black axle problem, second time the new one with the silver axle. I change the black axle to the silver one, the yoyo halves stop coming apart, good thing, but, the smoothness is gone, it feels really rusty, it's playable, but very rusty feeling. It vibes a bit, does not snag on string, but it gives you a really rusty feeling that I doubt any players would like.

Now to the new one that comes installed with the silver axle, this one is smooth, no rusty feeling, but mine came with a different response pad that was in the other Spider Man. This one, however, does not have a bind as tight, otherwise it would have been nice to play with.

But all this problem have been discussed with Steven, and he have look into this issues, just be sure to check things out when you get this yoyo. 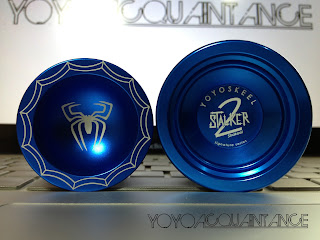 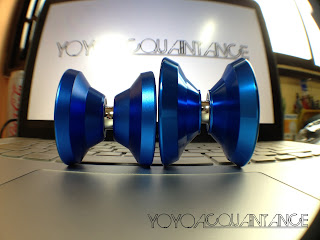 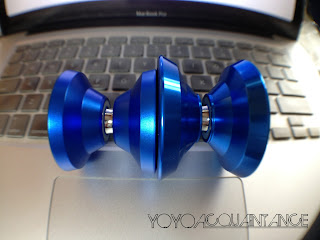 You can also visit this entry to watch the freestyle done with the Spider Man, to see how it plays, the yoyo used in those freestyles is the one with the black axle, before it got stripped.